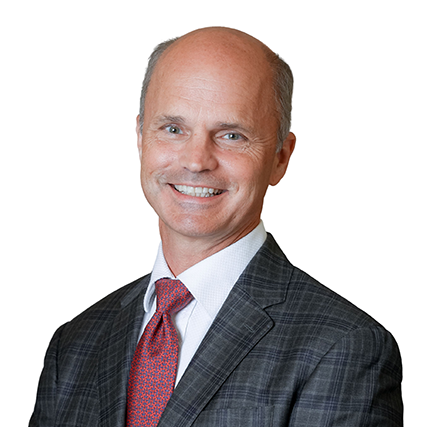 “Esse Quam Videri was the motto of university where I earned both a business and math degree. The phrase means ‘to be rather than to seem’. When it is all said and done, business is about doing what you say you will do.”

Dan Moore is the founder of RBS as well as a Managing Partner for RBS Evolution. With over twenty years of experience in the healthcare industry, Dan has focused more than half of his career in the field of radiation oncology. Dan founded Radiation Billing Solutions, Inc. in 2004 as a privately held specialized practice management firm. In 2008, he changed the company name to Radiation Business Solutions to better reflect the growing scope of services provided. RBS Evolution was formed in 2010, and serves as the development arm of the company, focused on building cancer centers in underserved areas.

Dan’s entrepreneurial success can be attributed to his ability to deliver impactful financial results for his physician practices and his reputation for building integrity based business relationships. As a Vice President for Dolphin Medical, a national cancer center owner and developer, he oversaw distressed centers to profitability resulting in a 400% return on investment. Prior to Dolphin, he served as Vice President for Beverly Enterprises, a $2.5 Billion operator and owner of skilled nursing homes and home health services, where he was responsible for $100 million in operations.

Dan has repeatedly been recognized as a community leader. As the Vice President of the Cheatham County Business Political Action Committee, Dan is the Director of Cheatham Vision, an initiative by the Joint Economic and Community Evolution Board, the Board of Directors of the Cheatham County Chamber of Commerce, and local business leaders. Through the Cheatham Vision Council, the group has developed a three-year economic, business and workforce plan. He formerly served on the board of trustees for Tristar Ashland City Medical Center, a member of the TriStar Health System and federally designated Critical Access Hospital (CAH) designed to ensure rural populations have access to excellent local hospital care.

Dan has been recognized by the American Society for Therapeutic Radiology and Oncology as a key supporter; ASTRO serves as the leading professional society for the field of radiation oncology. He has served as an advisor for investment firms interested in the radiation oncology market space, and sits on the Radiation Oncology Institute Board. Dan Moore holds a Bachelor of Arts in Business and Mathematics from Trevecca Nazarene University.